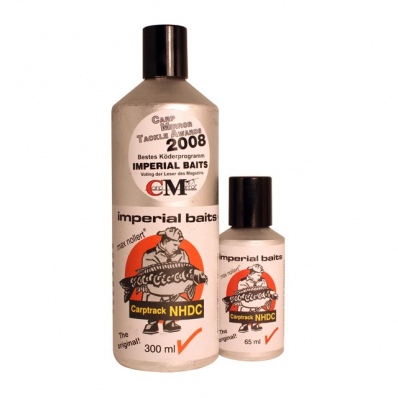 This sounds incredible and suggests that it must be bitter and tangy! That is what you expect with extreme sweeteners. But NHDC is a big exception, because it combats exactly this negative effect in food for both people and animals. It was discovered in the 1960s and is semi synthetic as it originates from the peel of the Spanish orange (one of the bitterest natural substances at all). But it becomes artificial through so-called reverse osmosis, in which a water molecule sits now at the end of the chain, and is now sweet when it once was bitter! It has been used very successfully now for decades in the animal feed industry to fight bitter tastes and at the same time give a very creamy taste in the product. It strengthens other flavors and thus serves as an enhancer. Negative effects are lessened and good qualities are improved, that sounds almost like magic! I have used it since 2001 and of course it is included by IB in most of our mixes. Your question might be why not everyone? Now, variety and memory recall play a role in this decision. The range is designed to provide a little of everything. Fish are caught time and again and some are quite capable of learning. So there is no such thing as just one product which constantly performs. Variety and constant improvement are required to keep up high catch rates. NHDC first tastes on the tongue only as unusually sweet, but in the next few seconds and minutes it increases and ends in creamy, menthol-like aftertaste. You notice this when you open your mouth and inhale strongly. The taste is extremely long lasting, so that coffee drinkers will taste sweet coffee for the rest of the day without sugar.

The taste is so unique that you always can recognize the authenticity of the product. There are many imposters, and I tell you that NHDC is often supplied to the manufacturer as a powder and made soluble only by tricks. It is easy once you have used to the original to tell where it varies from these fakes. NHDC was used already in the 90s by carp professionals such as Leon Hoogendijk and put through its paces proving itself time and time again. When will you try it out?

Use it for your own boilie production and / or for pimping your baits from the outside, for example combined with Carptrack Liquid Amino.

Dosage: In the mix or to be sprinkled onto the outside 3-7ml/kg